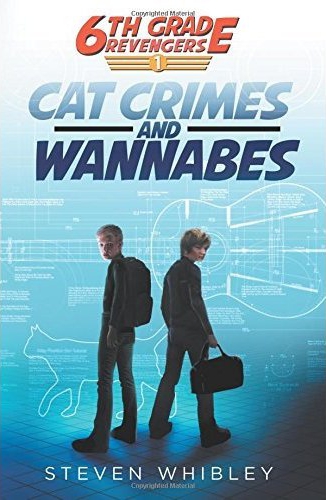 Jared and Marcus aren’t like other 11-year-olds…they’re also Revengers. They fix problems and they’re awesome at it-at least, they will be if they ever get a chance to show off their skills. What they need is exposure. Luckily, they have the perfect target in mind: Jared’s sister’s boyfriend. He’s a jerky, wannabe rock star, a relentless bully and he smells like old gym socks. Enough is enough. The tone deaf jerk’s days are numbered. There’s only one hitch: Marcus already offered their services elsewhere. A stray cat with serious aggression issues apparently has a whole neighborhood boarding up their windows. What the boys think will be an easy-money job quickly turns into a dangerous game of wits. The cat’s a monster. It takes all the ingenuity the boys can muster to deal with this beast. Two targets at once. It’s time to prove themselves as the awesome after-school problem-solvers they know they are. That is, if their plan doesn’t backfire. Because they’ll either be feared fixers or a couple kids who can’t even take out a kitten. A hilarious middle grade novel packed with action and adventure. Cat Crimes and Wannabes is a fun, fast-paced read for kids aged 9 to 12. Fans of James Patterson’s Middle School series are sure to enjoy this latest series by Steven Whibley. 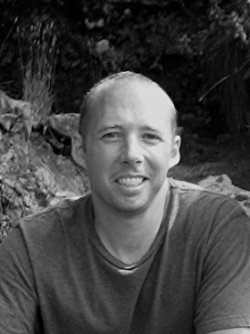 Steve believes in pixies and fairy dust, and the healing power of unicorns. When he's not writing epic tales of horned beasties, he's working as a look-a-like for Brad Pitt, Ryan Reynolds, Zac Efron, and Seal. He spends his free time training hairless mole rats to be service animals for the colorblind, and dreams of one day inventing a thanksgiving dish that will rival the infamous turducken.

Okay, okay, most of the stuff I just said isn't super accurate. Here's the truth: I love writing books for kids and it's a privilege I don't take lightly. I want my readers to be taken away on an adventure they hadn't expected. I want them to gasp and laugh and cringe about what's coming around the next corner. And in the end, I want them to leave the story with the same rush I used to feel when I was a child reading books like The Hardy Boys or Goosebumps.

Thank you for taking a chance on my books. I sincerely appreciate it.