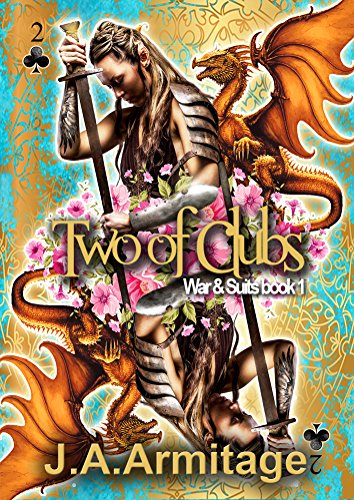 Fifty-two weeks, four royal families, one war. Week one – January 1st – January 7th Rose (The Two of Clubs) is the youngest of all the Royals of Vanatus, and she has a lot to prove. Born a princess, but with the heart of a warrior, she struggles to keep her two lives seperate. By day, a perfect princess, but in the dark of night, she slips out to practice being all she ever wanted to be, a warrior like her brothers. When a dragon kidnaps some children from the royal castle, she must act quickly, but the snap decision sets off a chain of events that lead to the first war in the history of Vanatus, spelling disaster for both her and her family. Follow the lives and loves of the fifty-two members of The Houses of Club, Heart, Diamond and Spade in real time as they struggle to maintain peace in the world of Vanatus. This is a New Adult fantasy series set over the course of one whole year. This particular book is the first in the series and is set over the first week from New Year’s Day to 7th January from the eyes of Rose Club. Each book in the series will be shown through the eyes of a different character, all within the world of Vanatus. Each book can be read as a standalone book (no cliffhangers), but the overall arc of the war will play in the background throughout. This is New Adult so there will be some swearing, mild violence, and sexual references. Whilst there is romance throughout the series, any sex is behind closed doors and suitable for a New Adult reader. 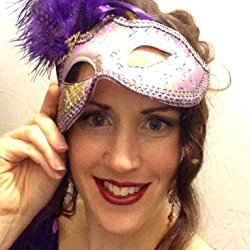 Born in a small town, J.Armitage longed for adventure and travel.
Age 20 she moved to Dublin, then to San Diego, then Sydney and back to California where she did a brief stint working at Universal Studios being a minder to Sponge Bob.

Once back in Britain she got married, had babies and decided to write about the adventure she was now missing out on. She works full time, is a mum to three kids and has had a surrogate baby.

She has skydived twice (and survived), climbed Kilimanjaro and hiked to the bottom of the Grand Canyon. She has also worked as a professional clown and banana picker amongst other jobs.

Somehow she finds time to write.

Reviews for J.A.Armitage's work.
Endless Winter is a unique story that takes place in a beautiful world. J.A. Armitage's writing is lyrical and almost poetic. Janelle Fila for Readers' Favorite

I devoured this book like a rich box of chocolates. Sara C Roethle