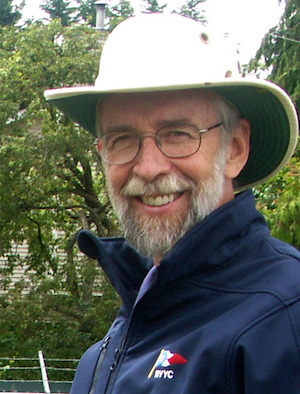 It has been speculated that in order for the average human to master any skill it takes 10,000 hours work at it. The nice thing about having been around for a while is that you can be a jack of all trades and sooner or later you’ll get good enough to be called a master at some of them. If it’s only number of hours spent, 30 or so years of teaching puts Gordon well over the mark in the skill of finding errors in other people’s work and helping to correct them. Especially if you add in the time he spends editing his own writing.

As far as his other, less-than-mastered skills, He is also a playwright, theatre director, musician, composer, photographer, SFX carpenter for film and TV, and participant and coach in many different sports, especially yacht racing. A lifetime of travel has led him to explore all the continents except the icy one. His latest trip is hiking the Inca Trail up to Machu Picchu.

As an editor, he combines Master of Arts level training in the finer points of literature with the elementary school teacher’s skill in bringing beginners ahead in their efforts. He is equally adept at developmental, line, and copyediting, and a sharp proofreader. One of his specialties is working with writers whose first language is not English, correcting and polishing their grammar and usage while at the same time maintaining the unique voice of their culture.